22 Jump Street: You Know, The Second One. 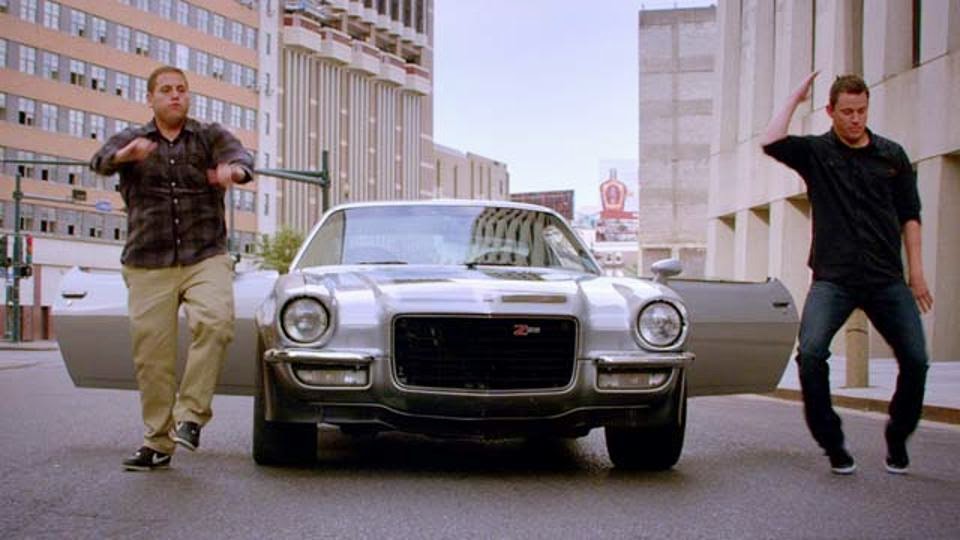 21 Jump Street was way better than it ever deserved to be.  In an era of reboots, it stood alone as the film that actually tweaked its source material enough to spit out an original product.  It occasionally mocked its existence, but spent more time poking fun at the Glee-generation and flipping high school stereotypes on their head than it did rehashing old narratives.  It barely felt like a reboot.

Two years later, 22 Jump Street feels like nothing but a sequel.  In fact, the movie's sole purpose is to remind you, over and over again, that you're watching a sequel that was only made to squeeze more money out of a tired concept.  The self-satire is frequently amusing, but 22 Jump Street spends so much time making fun of itself that it forgets to become more than the concept it's been mocking.

Hill and Tatum reprise their roles as two bromantic cops sent undercover to catch a drug dealer.  "It's just like last time," the police chief tells them.  And it is exactly like last time, except with a lot more elbow-nudging after each self-deprecating joke is executed.  There's an ongoing joke about the assignment's large budget (THEY"RE TALKING ABOUT THE FILM'S BUDGET.  DID YOU GET IT?), and the film references everything from White House Down to Benny Hill.  There's even an extremely long attempt to make a pun out of the "meet-cute" that made me smile—mostly because of how hard they tried.

Making a spoof of your own movie isn't necessarily a bad thing, especially when most of the big laughs come from the filmmakers' willingness to disparage their own work.  Unfortunately, since most of the movie is spent poking fun at lazy sequels, it doesn't put any effort into transcending the stereotype.  Hill and Tatum being undercover does very little to affect the plot this time round.   Hill's romantic involvement with a college student is purely for gags, and Tatum's infiltration of a frat house ultimately proves fruitless.  The plot progression comes only when a light bulb miraculously appears over one of our character's heads and prompts them into the next shootout or chase scene.

This is not to say the film isn't funny.  I'd be willing to watch Hill and Tatum in a shot-for-shot remake of Batman and Robin.  I'd just be stuck debating whether I'd want C-Tates to play Mr. Freeze or Robin, since  Jonah Hill would clearly be Batman.  The boys show up with plenty of wisecracks, and there are plenty of not-so-subtle hints that they're probably gay for each other.  Like most of the film, some of this is funny, but too much of it drags.  Ice Cube yells a lot, everyone goes on spring break, the inconsequential bad guys get caught, and Hill and Tatum walk off into the sunset.  Everything's a little less funny, a little less topical, and a little too familiar.  Sure, the film makes sure to acknowledge its laziness, but does that make it okay?