The Green Hornet, or Asians Are Cooler Than You.

Thank you for not writing The Green Hornet, because even though the script isn't very good, you most likely would have found a way to make it worse.  That's right, I saw Be Kind Rewind, and I am going to hold it against you forever.

There are still some problems with The Green Hornet, but I had low expectations anyway so they weren't deal-breakers.  It is important to note that the film's entertainment value comes almost entirely from Jay Chou and Christoph Waltz, so those who don't find Engrish funny aren't going to enjoy this film at all.

Who am I kidding; everyone loves Engrish.

Read more »
Posted by Dear Filmmaker at 9:14 PM No comments:

The Company Men, or Ben Affleck Can't Afford His Porsche.


I expected fairly little out of The Company Men, as the trailer seemed to highlight Ben Affleck screaming, "I'm good enough, I'm smart enough, and for God's sake, people like me."  No one wants to see that.  But I did anyway and was pleasantly surprised.  I'm not saying that The Company Men was that great, but it is incredibly relevant, quite accurate, and one of the few films that has touched on the recent economic climate.

The Company Men stars Ben Affleck, so naturally everyone is from Boston.  His company has just cut three thousand jobs, and his position is no exception.  Naturally, he gets pissed off and decides to get a new job, because he's Ben Affleck and everyone should be begging to employ him.  Turns out, no one cares.

Read more »
Posted by Dear Filmmaker at 2:29 AM No comments: 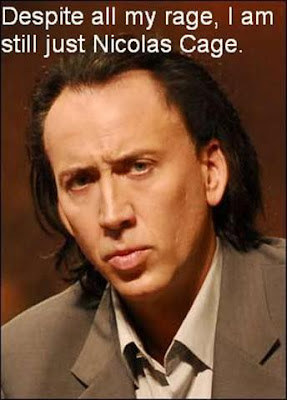 Sorry, kids! I had a PS3 relapse and stopped visiting the internet. Fortunately, I started playing catch up and had enough time to watch pretty much every live action 2010 film I could get my hands on. Wait, did I say fortunately?
Let's face it: 2010 was awful. Even a large portion of the films that were supposed to be mildly entertaining escapism didn't really do the trick. Personally, I think this may be the worst year in cinema's history. I have yet to prove myself wrong on this point, and I welcome all of you to present a year to add to the debate.
There were, of course, still a lot good films this year, and despite the misleading opening statements, it will be the positive I will be discussing in this entry. We'll discuss the piss poor at a later date.

If you think I missed a film, you should be able to find it at the end of this entry, where I intend to list everything I saw or still intend to see. The execution of this plan, however, hinges entirely on my ability to finish this article before I run out of cigarettes.

Also, I did not see any animated films. Whatevs, dogg.