The Green Hornet, or Asians Are Cooler Than You.

Thank you for not writing The Green Hornet, because even though the script isn't very good, you most likely would have found a way to make it worse.  That's right, I saw Be Kind Rewind, and I am going to hold it against you forever.

There are still some problems with The Green Hornet, but I had low expectations anyway so they weren't deal-breakers.  It is important to note that the film's entertainment value comes almost entirely from Jay Chou and Christoph Waltz, so those who don't find Engrish funny aren't going to enjoy this film at all.

Who am I kidding; everyone loves Engrish.

The Green Hornet is basically a slapstick Iron Man, it's almost as funny but not nearly as good.  Seth Rogen is the rich party boy in this scenario, who inherits his father's newspaper after Dad pulls a My Girl, and dies from a bee sting.  When he meets superhuman Asian Jay Chou, they team up and become superheroes, because that's the cool thing to do these days.

The first act is funny, the third act is mostly amusing action, and the middle portion of the film is atrocious.  And that pisses me off.

The Green Hornet could have been a memorable superhero spoof, in the vein of Kickass, but the flatness of the plot catches up to it.  Rogen is so unlikeable as the titular character its sad.  His inability to acknowledge that he has no idea what he is doing is so frustrating that Cameron Diaz becomes more likable than him.  And, let's face it.  No one likes Cameron Diaz anymore.  The middle portion of the film is just unnecessary bickering caused by Seth Rogen, until finally Jay Chou gets mad at him and stops doing his math homework.  It might as well be an episode of Gossip Girl.

But of course, it's worth checking out if you want some mild fun.  Christoph Waltz does wonders as usual, especially in the opening scene with a special guest cameo.  Still, I can't help wondering what it would have been like with the originally cast Nicolas Cage, because after all, his hair is a bird. 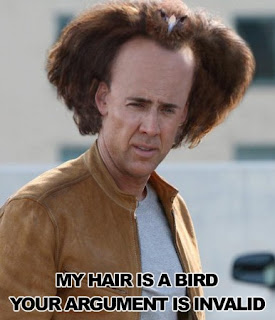 Posted by Dear Filmmaker at 9:14 PM