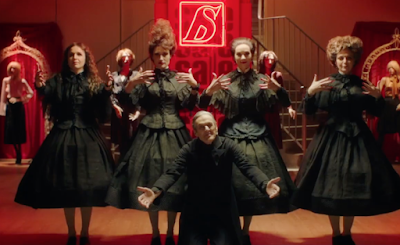 Sometimes, when narrowing down a top ten list, it becomes overwhelming and you decide to cheat and make a top fifteen instead. There were a lot of strong films in 2019; and while I am extremely annoyed that a lot of them barely got limited December releases, soon we will have successfully killed off the theater industry and we'll be able to watch the Oscar-grabs on Netflix instead of only in LA and New York. Not that I want the industry to die—it's just going to happen and I've accepted it. Even Scorsese is sold on Netflix, and he won't even watch a superhero movie. I suppose I'll quit rambling now and get to it.


Read more »
Posted by Dear Filmmaker at 9:51 PM No comments: