Midnight In Paris, or a Rhinoceros. 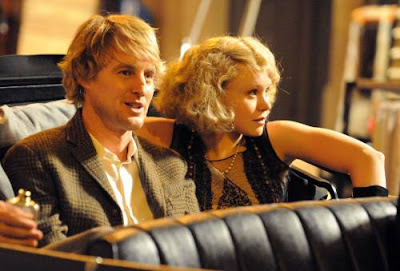 Let it be known that I just wrote for an hour and subsequently deleted all of it.  Prefacing a review with ten paragraphs of commentary on the criticism of Woody Allen just didn't seem appropriate.  But, if anything, it illustrates my appreciation of the man.  He has no rival.
But no one wants to hear about my crush on Woody Allen.  Actually, I'm sure a lot of you do (pervs).  But you should also know that my love for Midnight in Paris does not stem from unconditional affection for the man.  You Will Meet a Tall Dark Stranger was quite dreadful.  Midnight in Paris is just a wonderful, light-hearted comedy.
Owen Wilson's nose is as obnoxiously bent as ever, but he's perfect as what has come to be known as Woody's 'avatar.'  He delivers Woody's dialogue well--though perhaps not as well as Will Ferrell did--for one of today's best known actors, and never nears obnoxiousness as Jason Biggs and Kenneth Branagh did.  Although, in their defense, they did play more neurotic roles (in Anything Else and Celebrity, respectively).  There's no neurosis here, just nostalgia.
Read more »
Posted by Dear Filmmaker at 6:45 AM 4 comments:

Super 8, or Transformers 3: Dark Side of the Childhood. 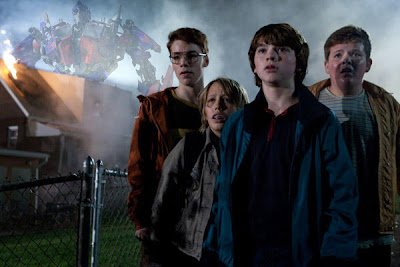 We get it.  You like Spielberg.  So do we.  Everyone does.  The only reason Osama Bin Laden was caught was that, in his haste to order the Jurassic Park Blu-ray, he forgot to change the name on his Amazon account.  Everyone. Likes. Spielberg.

But we didn't need you to make a Spielberg drinking game.  If I did a shot every time there was a lens flare or a child staring wondrously into space throughout Super 8, I would have died of alcohol poisoning halfway through.  Combine that with every other Spielberg homage, and this drinking game's inevitable popularity, you very well may wipe out the entire college population.  You cannot build a work of art on shout outs.  Unless you're a rapper.

Read more »
Posted by Dear Filmmaker at 8:18 AM No comments: