Art House Roundup: The UK Invasion and Will Ferrell. 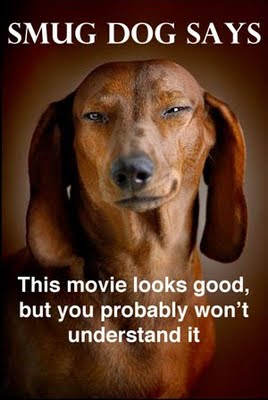 I've been catching up on some harder to find films that came out this year, and if I don't post all of them in one entry, I probably won't post about them at all.  Everything Must Go, Submarine, Attack the Block, and The Trip have all been pretty difficult to see in Michigan, but I'm a magician, so I manage.  Reviews of the previously mentioned follow the break. 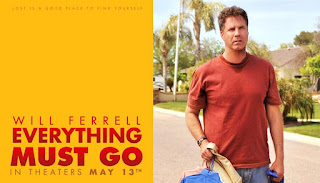 If you want to see Will Ferrell sit in a chair for ninety minutes, then you should probably see Everything Must Go.  Beyond that, it has little to offer than the Notorious B.I.G.'s son and a few brief flickers of clarity. Obviously, this is dramatic Ferrell, and while I'll vouch for the quality of Stranger Than Fiction and to a lesser extent, Melinda and Melinda, Everything Must Go is a relative disaster.  The film opens with Ferrell losing his job and coming home to find his wife has locked him out of his house, frozen his bank accounts, and dumped all of his stuff on the front lawn.  His company car quickly gets taken away, and with no transportation and little money, he plops himself in a chair and starts drinking.
The goal of the film is to undoubtedly show us Ferrell growing as a person.  He has to have a yard sale to legally keep all of his things on the front lawn, and the disappearance of his stuff--interspersed with human encounters--supposedly coincides with his growth as a person.  The problem is, Ferrell comes off as the victim, which requires vindication rather than redemption.  Who is the viewer supposed to identify with here? The completely absent wife who locks Ferrell out on the street without access to any of his finances?  The wife who won't even return any of Ferrell's phone calls?  No.  We identify with the man who has just lost his job, his wife, and his house.  A man who is in an impossible situation.  The wife instantly becomes the villain, and she deserves to be strangled.
And when did it become legal for a wife to lock her current husband out of the house?  Unless the house is solely in her name (which seems improbable due to Ferrell's career success), he should just be able to break a window and hop on in.  I could accept the argument that he simply didn't realize this, but a police officer plainly tells him that if he attempts to break in he will be arrested.  Ludicrous.
Anyways, plot frustrations aside, the whole of the movie is Will Ferrell talking to the Notorious B.I.G.'s son about life, talking to his new neighbor about life, and riding a bicycle to Laura Dern's house to talk about life.  Spoiler Alert: Life is disappointing.  Other than that...
When Will Ferrell sees his former boss at a restaurant, the inevitable blow up occurs to redeem a sub par movie into an okay one.  Wait, it doesn't?  There's no pay off to this inane setup?  It's like Stranger than Fiction merged with a Sophia Coppola film, except without any of the good parts.
5/10 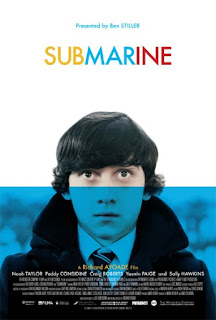 A short summation of Everything Must Go quickly turned into a lengthy rant, but that shan't be the case with Submarine.  Familiar setup here:  A too-intelligent-for-his-age adolescent loner, falls desperately in love with a girl whilst attempting to solve his parents' marital problems.  This uber-intelligent, well-read teenager thing is becoming a bit of a formula, but I can't help loving it almost every time.  Such is the case with Submarine.  Its deadpan humor is its major charm, particularly in the portrayal of Oliver's parents.  The romance between Oliver and Jordana is equally intriguing, especially since their characters actually look and feel like real kids (Once you get past Oliver's Wes Anderson-like character tendencies).  Stylistically, the cinematography isn't quite settled, but its strangeness is welcome regardless of its success rate.  The soundtrack, however, is spectacular, and while I don't usually consider music in my overall assessment of a film, it certainly played a role in this case.
8/10 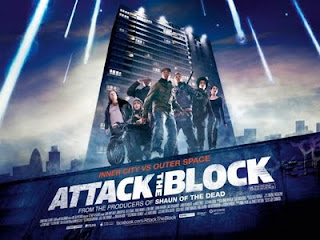 Attention, Hollywood.  The United Kingdom is winning.  Not that I've been watching any of their films outside of this week, but Attack the Block is another solid entry into the 2011 foray.  It's certainly not brilliant, but it's an alien invasion done right; which is more than I can say for Cowboys vs. Aliens, Battle: Los Angeles or even Super 8.
Attack the Block centers around a group of teenage street thieves, whom after mugging a young lady, are startled by an alien invasion.  They handle the first alien with a few good kicks, and march to their drug dealer's house with pride.  Unfortunately, more aliens start to arrive and they turn out to be much bigger (and furrier) than the adorable little punks' first foe.  There's some running, some alien killing, people dying, and thankfully no one walks up to an alien and teaches him a life lesson.  It's simple, but it's fun.
The kids here are actually kids, and they actually die/get injured when aliens attack them.  They learn this quickly, and run away.  But those damn, furry aliens keep finding them.  There isn't any massive character development, but our characters grow from unknown hoodrats to lovable, unfortunate hoodlums throughout the film, and that's just the right amount of character growth for this genre.  The wisecracks are there when we need them, but no one throws a hissy fit at the main character for trying to steal his woman.  Nearly all of this is derogatory comparison to Super 8, in case you haven't seen that film.
Anyway, the explanation for why giant, furry, glow-in-the-dark aliens are hunting down teenagers is a bit lame, and perhaps a little too obvious due to foreshadowing, but this isn't a Shyamalan film, so that hardly matters.  What we do have is a fast-paced, occasionally funny, survival tale.  It's a good time from beginning to end, and perfectly executes what it set outs to accomplish.
7/10 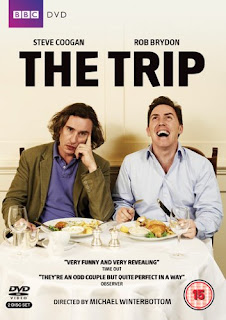 The Trip is My Dinner With Andre with Steve Coogan and Rob Brydon.  The two comedians take a trip together, essentially playing themselves.  The film consists largely of the two doing impressions of celebrities, pointing out each other's flaws, and occasionally making attempts at existential commentary.  If you watch the trailer, you'll experience a summation of nearly every funny scene in the film, but if you've got nothing better to do, The Trip is worth a watch.  There are a few genuinely intriguing moments, such as Steve Coogan performing a eulogy for Rob Brydon as Rob listens on, or a particularly hilarious scene in which the two babble on about the phrase "Gentlemen to bed."  But overall, the film seems to drag, and Steve Coogan's snobbish attitude seems to weigh down Rob's chipper exterior more often than it complements it.  Some of their impressions are pretty funny, but you can probably just find them on youtube since The Trip is largely just snippets of conversation.

Posted by Dear Filmmaker at 4:18 AM