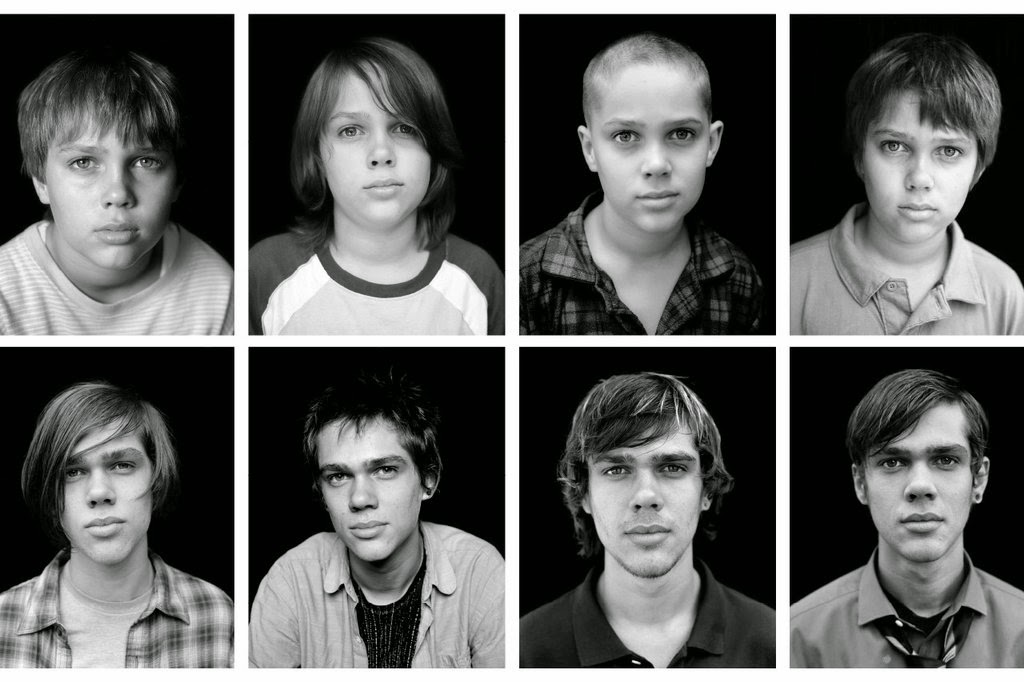 You worked wonders with Before Sunrise, Before Sunset, and Before Midnight.  Every nine years, you gave us another great movie focused on the same two people in various stages of their relationship.  The series evolved with its characters; what began as a starry-eyed romance ended as an explosive bout within a long term relationship.  With only two hours every nine years, you created a believable relationship between two very real characters that easily produced empathy.

With Boyhood, you've attempted the opposite.  Instead of giving us the snapshots and letting us fill in the blanks, you've provided a full twelve years in one character's life.  We watch as Mason, the boy in question, grows from a child into a young man.  Unfortunately, the effect is not the same.  There isn't enough time for both Mason's life story and the emotions that accompany it; and at times, Mason seems more of a peripheral figure than a protagonist.


The film opens with a five-year-old Mason, living with his mother and sister, as his mother prepares the family to move.  The first few years of Mason's life successfully establish the family unit: the bratty sister, the single mom struggling to provide for the family, and the previously absent father who reunites with the occasional weekend visit.  For the most part, it's Mason's parents who exhibit the most growth throughout the running time.  His mother pursues her degree and becomes a college professor, while his father quits smoking and buys a minivan (the ultimate sign of maturity).

Along the way, the other characters just get in the way.  Too much time is spent on Mason's first alcoholic stepfather, and a few years later we're treated to a second alcoholic stepfather.  The focal point of the second act is not Mason's adolescence, but on his changing familial landscape.  Mason finally becomes a character around the time he hits high school, but even then he's basically the kid from American Beauty— snapping weird pictures of things that no one cares about and spouting exposition on the destructive tendencies of social media.

The most honest moments take place between Mason and his father (Ethan Hawke), who seems to be the only person able to get a real conversation out of our protagonist.  Hawke provokes a larger commentary on Mason's life and direction that is lacking from the rest of the film, and he doesn't shy from commenting on his own experiences in order to provide some perspective on his son's current state of mind.

So, to summarize, I needed more Ethan Hawke, which I'm sure most people aren't used to hearing (Some people shy away from flamboyant facial hair).  A twelve year endeavor should have a theme, or at least allow us to identify with it's main character.  That's not to say that Boyhood is a bad film, but much of its success hinges on the comedy of every day life, rather than its characters.  A film about adolescence should provoke a connection, but the scope of the timeline gets in the way.  The twelve year timeline should be reserved for television, Richard.  In television, you can cover years of an adolescence, but still have enough time within seasons to fully expound upon the moments that form the characters.  What you've attempted to do—for lack of a better example—is comparable to taking three hours to summarize the plot of Boy Meets World; you can hit the major plot points, but you're going to miss out on important subtleties.